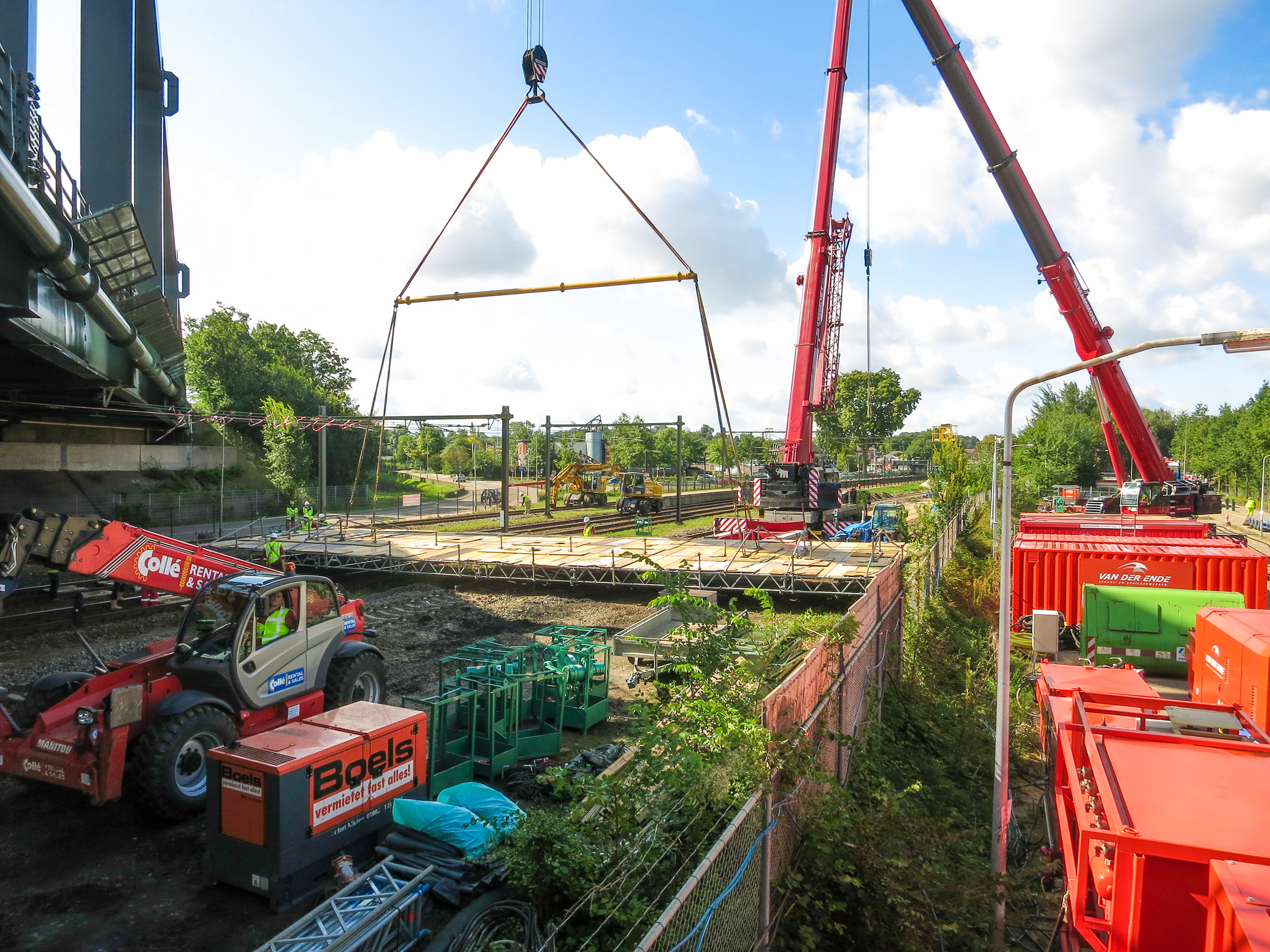 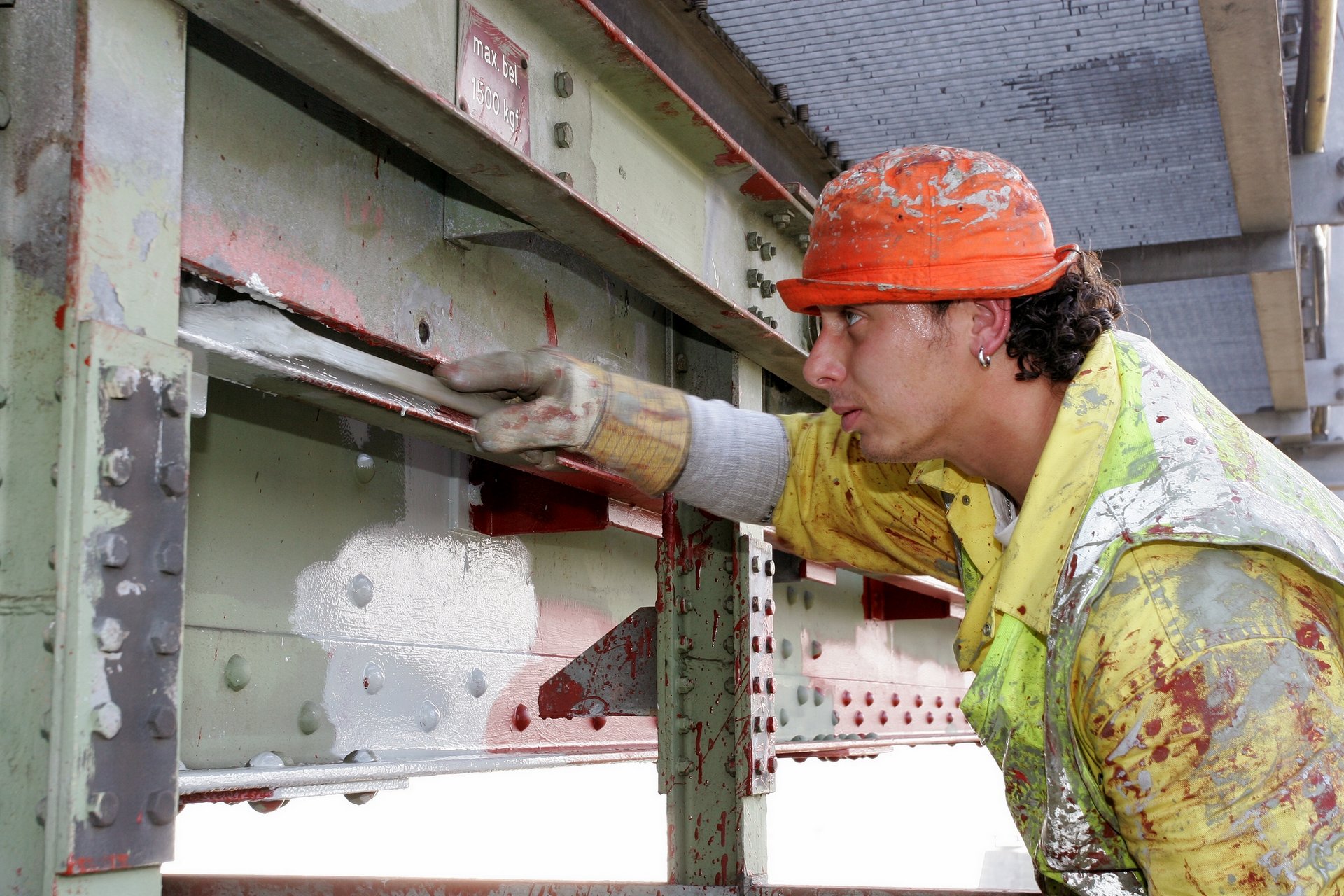 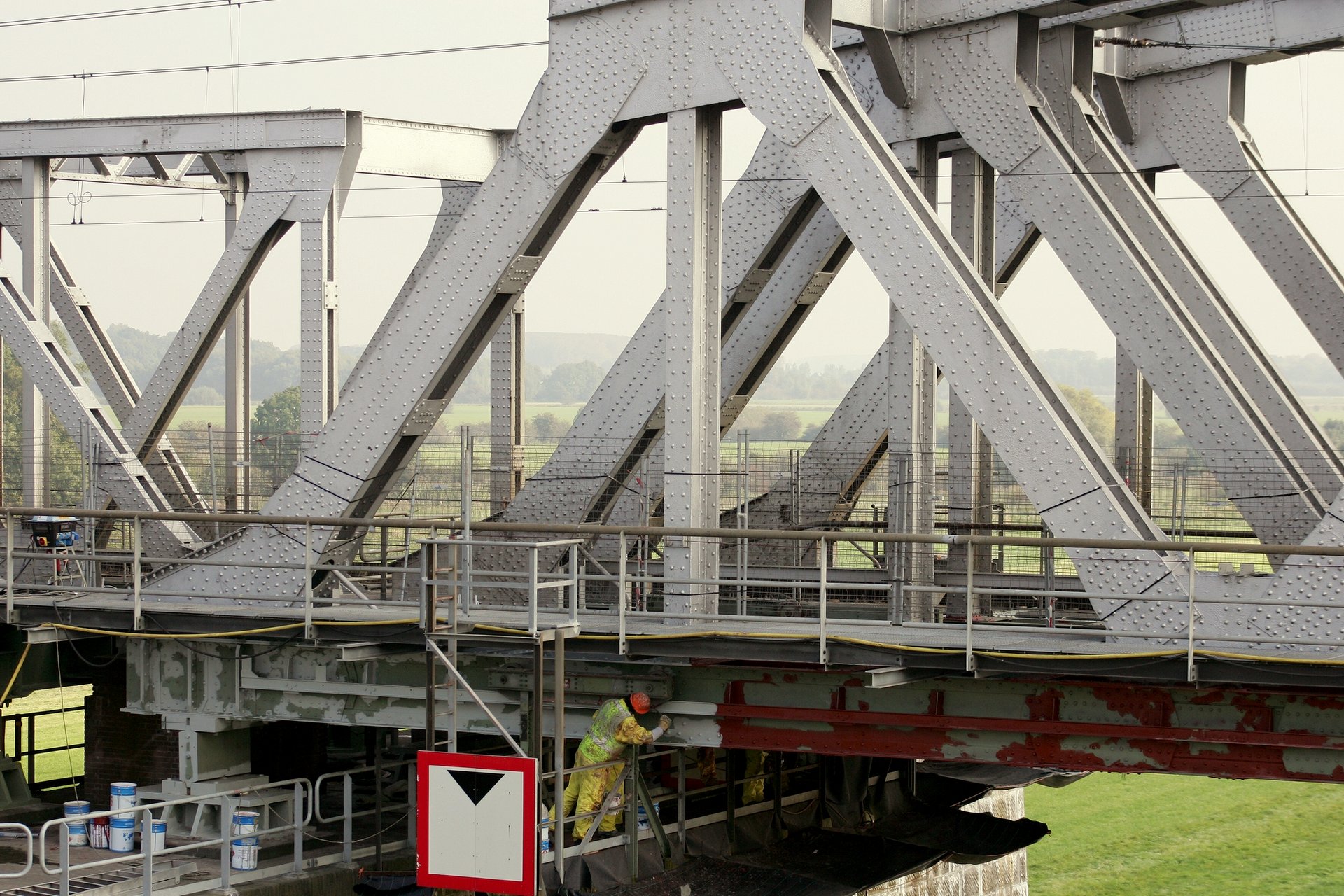 Work on the Arch bridge Beek is nearly finished. The last big task was the conservation of the part of the bridge above the four railway tracks of ProRail. So as not to obstruct the rail traffic we only could work on this more than 2500 m2 surface in train-free periods.

In connection with the removal of two tracks, at week 34 there was a 172-hour deactivation was scheduled in week 34. Van der Ende carried out the preservation work within this deactivation.

Because of the short deadline and the large amount of work that various contractors had to perform in a small working space, this was a very high risk job, both in terms of planning and safety. In the preparation it quickly became apparent that we could only do the job with an ingenious accessibility solution and the non-stop commitment of our employees and subcontractors.

Of the 172 hours, there were 156 hours available to Van der Ende. At that time, the scaffolding including sealing had to be erected. Directly afterwards, the blasting process of more than 2500 m2 (Sa2½) was started, and the application of three coats of paint. The drying time of the paint was accelerated by heating the space. Then the huge scaffolding had to be dismantled to ensure the site was free for train traffic again on time.

The whole operation was meticulously scheduled almost to the minute and described in a script. Several escalation scenarios were also developed so that we could respond quickly to any extension of activities by third parties.

Partly thanks to the tremendous efforts of our people and our scaffolder builder Brand Infra Structure Services we managed to deliver this part of the work on time and in accordance with the high quality requirements. Also, despite the high risks, not a single safety incident occurred.

Client Rijkswaterstaat and manager Prorail were very satisfied with the smooth progress of the work. And we too look back on this achievement with justified pride.

Some facts at a glance: