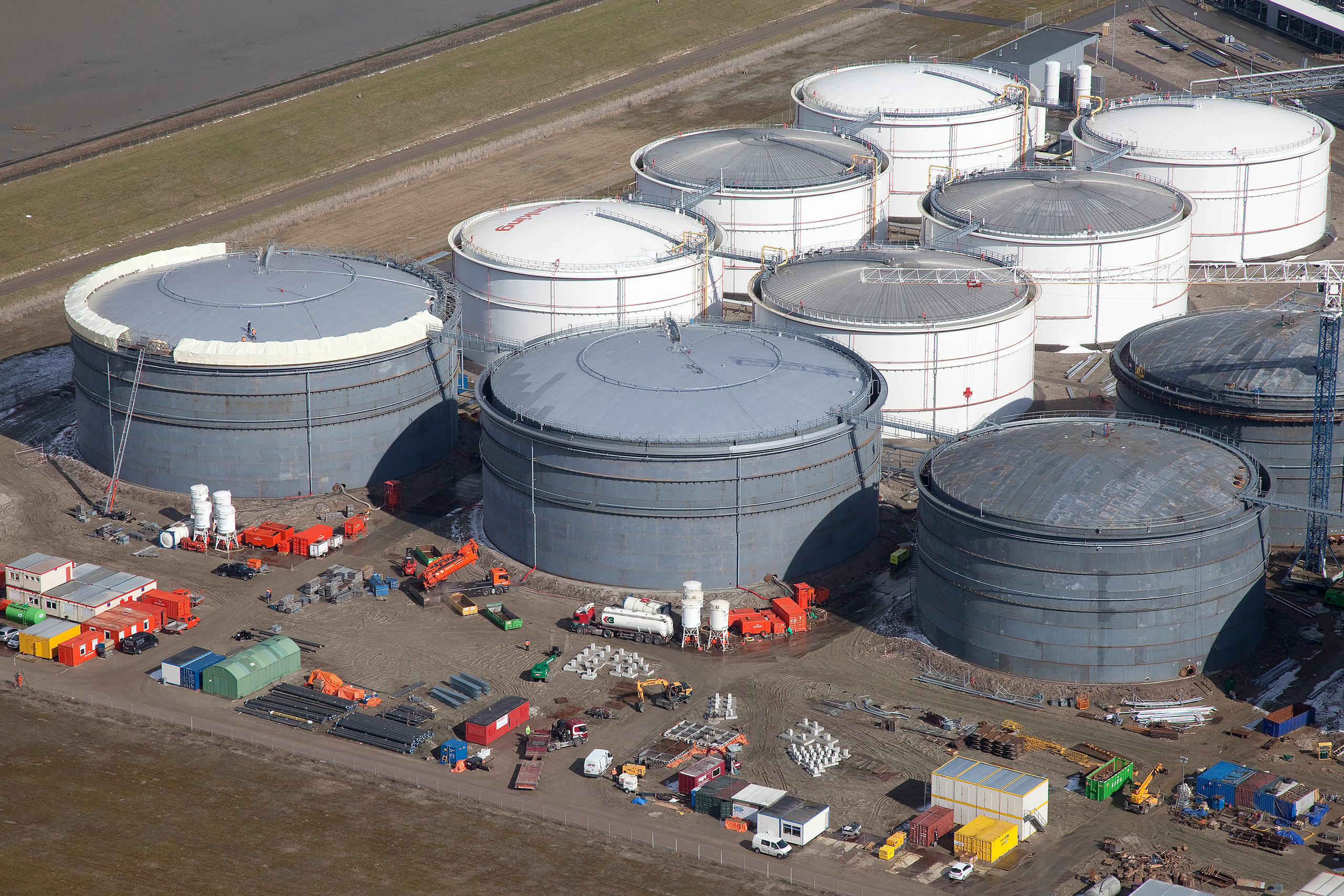 The scope of work involves 10 tank bottoms, 9 tank roofs and 27 tank jackets. In total, more than 135,000 m2. The work has an unprecedented deadline: the completion, with the exception of the outer jackets, is set ​​for 1 July 2013.

Oiltanking has awarded the contract to Van der Ende, in the first place not because of the most competitive price, but precisely because it’s been amply demonstrated that Van der Ende is capable of executing this job on time and to specification.

Van der Ende has not previously worked for Oiltanking. Clients from the top 10 of our list of references, who were previously provided on request, were approached by Oiltanking. Our references unanimously stated that Van der Ende would be the best party to carry out this assignment.

As Oiltanking explained to us later, it was this confirmation by our clients and the conclusions of Oiltanking that led to the awarding of this contract.

Meanwhile, we have arrived on site with heavy equipment and the personnel complement has steadily increased to approximately 70 people. Within a few weeks, five storage tanks will be simultaneously worked on.

We will keep you informed about the progress of this project.