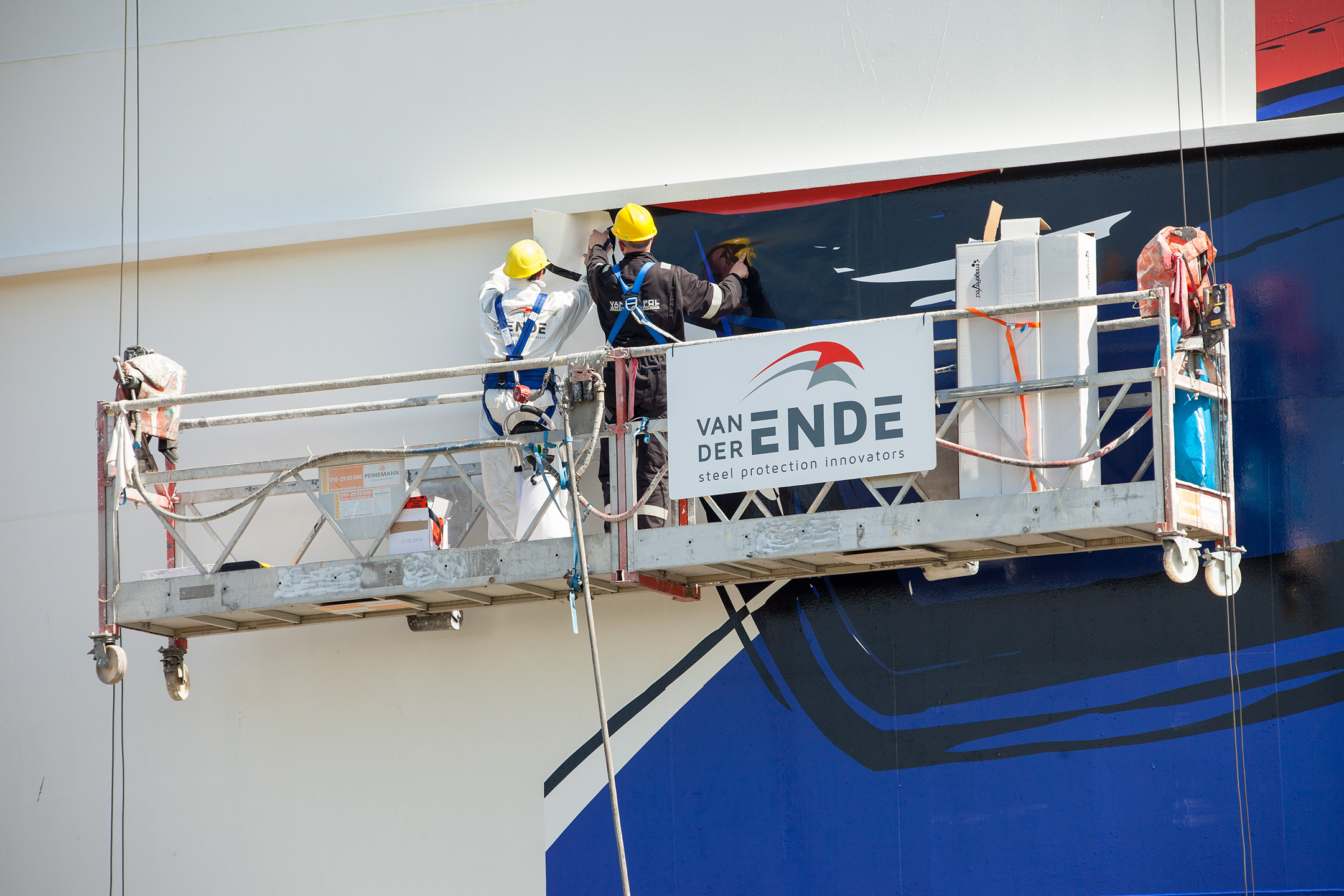 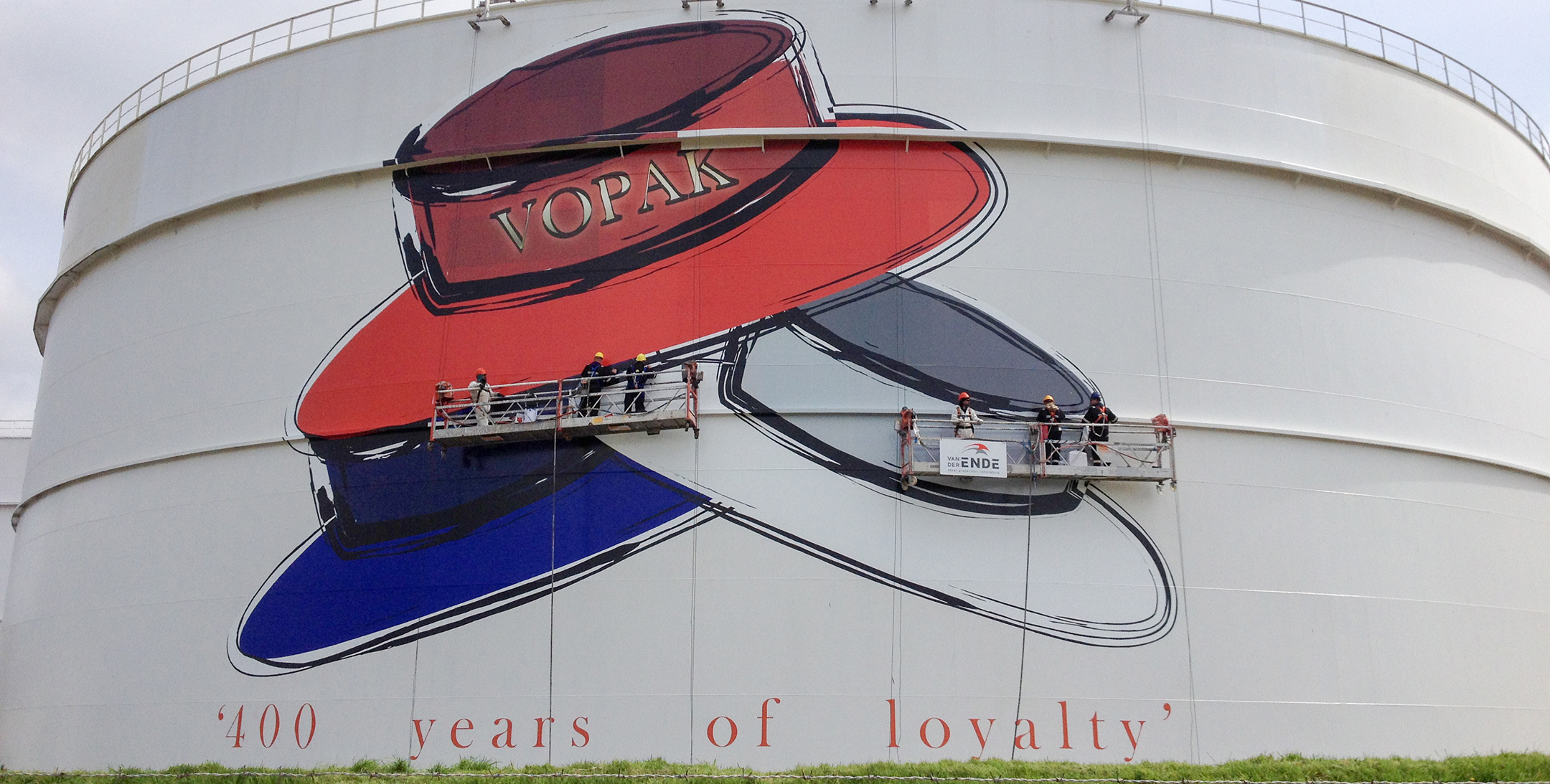 Vopak is celebrating its 400-year anniversary, a unique moment which cannot go unnoticed. The company has even had a special anniversary logo designed, in a very playful way.

Prior to the important anniversary and this wonderful milestone, this independent provider of tank storage held a design competition. The instructions were clear: design an anniversary logo that symbolises 400 years of Vopak. It all started 400 years ago with Blauwhoedenveem and that is beautifully evident in the logo that combines the past with today.

Commissioned by Vopak Van der Pol Reclame & Belettering produced a life-size version of the winner’s striking logo in film. The winning logo was then applied by Van der Pol and Van der Ende to one of the tanks alongside the A15 motorway.