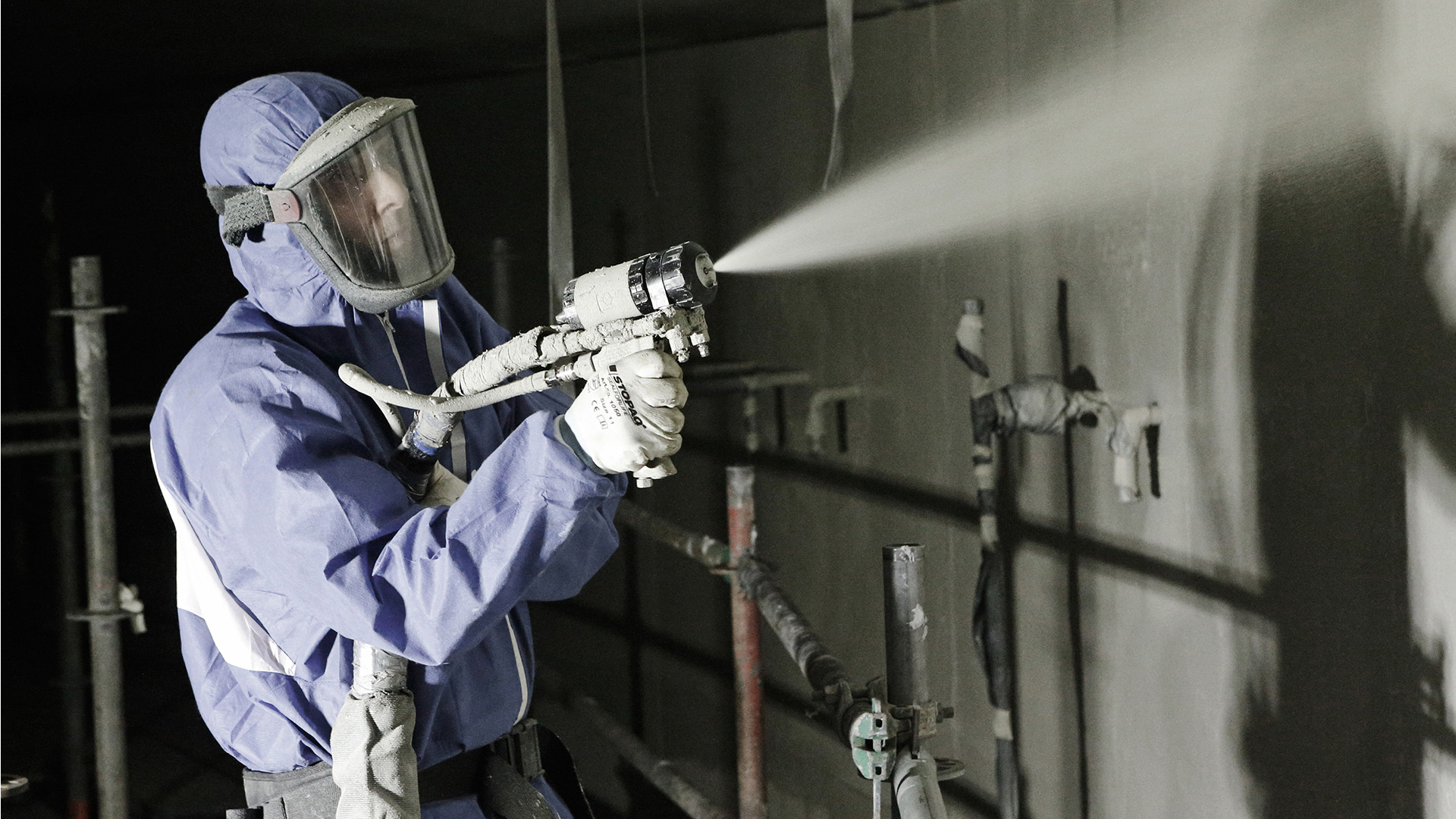 POLYUREA AND VAN DER ENDE A FORMULA FOR SUCCESS

POLYUREA AND VAN DER ENDE A FORMULA FOR SUCCESS

BP Refinery Rotterdam places an order with Van der Ende to apply a 2 mm thick coat of Poly to all tanks and underground storage wells of the ETP project (Effluent Treatment Plant) at the Refinery, a concrete surface of almost 7,000 m2. A complex project, with a very short turnaround time of barely ten weeks. At the time of writing the project is virtually ready and we can look back on a perfectly run job.

It turned out to be an additional challenge to first level the internal concrete walls of the treatment tanks with a coat of Epoflex after sand blasting. An additional challenge has been shown to the internal concrete walls of the treatment tanks after sandblasting first levelling with a low Epoflex. More than 5000 kg to be set with manual trowels turned out to be a very labour-intensive activity, where we had with little or no experience. But after we had dealt with nearly 7000 m2 we have now trained a few trowel specialists of the highest level.

Polyurea is a reaction of two chemicals (Isocyanate and Amine 1: 1, solvent-free), which after reaction form a durable and elastic polymer. Polyurea is sprayed with major duty hot airless pumps. In the pump housing the two separate components are heated to 70 ° C, after which they are mixed in the spray gun to a fraction. After mixing the components (at a tremendous speed of twelve litres per minute) a thermal reaction of the product occurs and the temperature rises to 74 ° C. Thus the Polyurea is hardened in five seconds and ready to be loaded.