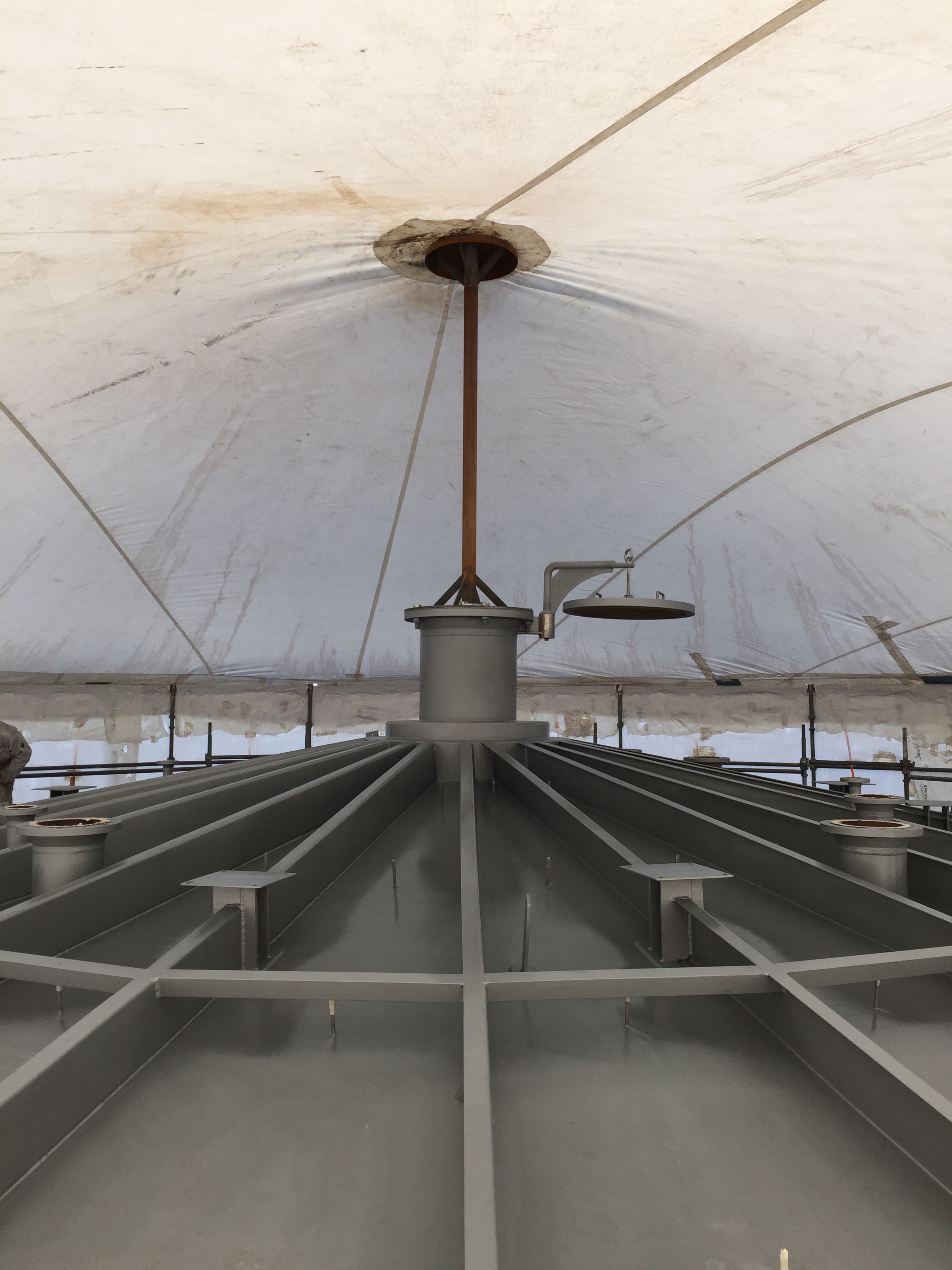 Van der Ende has been carrying out a special project since mid-December, contracted by Rubis Terminal Botlek-Rotterdam: blasting and preserving ten new storage tanks. The pre-treatment method and the height of the tanks are what make this project special. Storage tanks are usually between 15 to 20 metres high, but the Rubis tanks are 25 to 30 metres, making it a challenging and exhausting job for the painters, who have to climb the steel scaffolding several times a day. The scaffolding is protected with shrink film and mesh sheeting, protecting the painters against the seasonal inclement weather and leading to less construction delay.

Rubis Terminal Rotterdam is a specialised storage and transhipment service for minerals and chemicals. Extreme caution should therefore be exercised. The tanks were first thoroughly hosed down with water to remove dirt and any existing chlorides, before the painters could start blasting and preserving. After that the tanks were pre-treated using a not very common pre-treatment method. As the tanks are constructed within an existing terminal we selected a pre-treatment method that reduces dust inconvenience to a minimum. The blasting method used is called high pressure water blasting. This method combines the blasting agent and water in blast pots into a sludge. This sludge is used to remove paint and corrosion under high pressure and to roughen up the walls, creating a good basis to apply a layer of paint.

Rubis was unaware of this method and is delighted with Van der Ende’s decision to use it. The project is going well and the tanks will be delivered at the end of April finished with a good top layer of white paint.