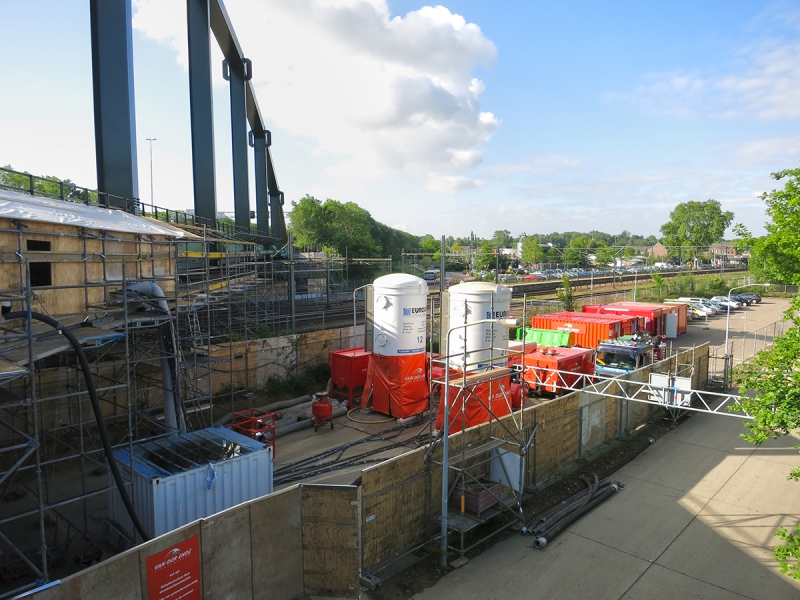 After several months of strenuous preparations we started in late April 2014 with the actual ‘major maintenance Arch bridge Beek’, followed by ‘major maintenance on the Scharberg Bridge in Elsloo “a project with a value of five million euro.

Completely closed scaffolding is being built under the bridge in three phases. We have outsourced the scaffolding work to Brand Energy Infrastructure Services BV. We are grit blasting an area of ​​9000 m2 to cleanliness degree Sa2½, and then we apply a three-coat paint system from International Paint. The biggest challenges in this project are limiting nuisance and the execution portion located above the tracks of ProRail.

Again Van der Ende accepts an unprecedented challenge by sandblasting a surface of 2400 m2 Sa2½ in week 34 over a period of 144 hours and painting it in 3 coats. On paper, this seemed an impossible task because there is only 24 hours (out of service) time to build a complete scaffolding over operational tracks. The dismantling of the scaffolding should take place within 16 hours, allowing 104 for the actual execution. After numerous discussions and design studies, we have given the green light for the painstaking operation. In addition, we pull out all the stops to make this phase a success.